Why Do Some E-Markets Grow More Than Others? - Sadad

Why Do Some E-Markets Grow More Than Others?

Many people have left traditional markets to e-markets. Of course, they did so because they have known the advantages of e-markets, and e-markets met their preferred lifestyle. Even traders now prefer e-markets as they know its success rather than others.

The shock is happened when they meet failure. Why that happened? I thought I can do it like XYZ did!

The truth is: Some businesses get success in e-market and some other not. Why? This is the question we are going to answer this article?

Although the requirements of any e-market seem simple, there are many considerations that greatly influence the decision to establish it from the ground up.

In this article we are going to discuss in some detail the factors affecting the growth of e-markets. But first we will highlight the concept of e-markets in general and the most important names in them.

E-market is a two-pronged commercial term, the first segment is a market, which means the area or platform that combines the two sides of purchasing process (the seller and the buyer). The second part is electronic and refers to the mechanism of dealing when deals are completed, where they are made electronically depending on the technological development nowadays.

These markets are a more sophisticated alternative to traditional markets, where they deal with a new segment of society, different in their characteristics, size and culture.

According to shopify, Asia is the world leader in e-markets with an increase in purchasing transactions of $ 831.7 billions. Then comes North America at $552.6 billion, Europe at $346.5 billion. Then, Australia with $18.6 billion, Africa and the Middle East by $ 18.6 billion, and South America by a mere $17.7 billion.

The study, which Shopify published, studied the commercial markets which were more specifically studied in the top ten countries in the world:

If you look at these statistics, you will find that the Arab world and the Middle East comes before the end of the e-markets list in the world. Also Arab countries disappear from the list of world countries that have a successful business markets. While the developed countries came to the top of the list. This point will bring us to the next part of our article, where technological progress is a major factor in the growth or extinction of e- markets.

Factors Affecting The Growth Of E-markets

There are many factors that affect the growth and success of e-markets, but here we are going to focus on the top five factors only, where the most important impact occurs. Read and study these factors, then decide to create an e-market.

Having a large business e-platform, means you should study your target audience well so that your business does not experience significant losses. For example, if your business shows one of the products used by older people aged 60 to 80, Using Internet will be unforgivable mistake. This age group uses the Internet at a very low rate, almost nonexistent.

The same applies if you are aiming to provide a therapeutic services to some communities, if citizens in these communities are ignorant of how to use the Internet, and may not even know it. How will they benefit or know your free services?

Some societies are able to use the Internet, but the general culture of its use is limited to entertainment. Creating an e-market in a society that does not have or is afraid of e-purchasing is a risk that is more likely to be lost than winning.

You have to study the economic level of the country or target audience of the trade. You cannot create an e-store selling big brand dresses with limited edition and very expensive price, to the majority of people below the poverty line.

The government plays a major role in the growth of e-commerce. This type of trade needs advanced infrastructure, available technological means, and special facilities for building the commercial register of companies in this particular market.

Besides the above factors, the safety factor remains the most influential one for consumers. If there are convenient, flexible, and secure payment gates for users, this is reassuring to customers to make purchases.

All of these factors combined can be easily found with SADAD app where: 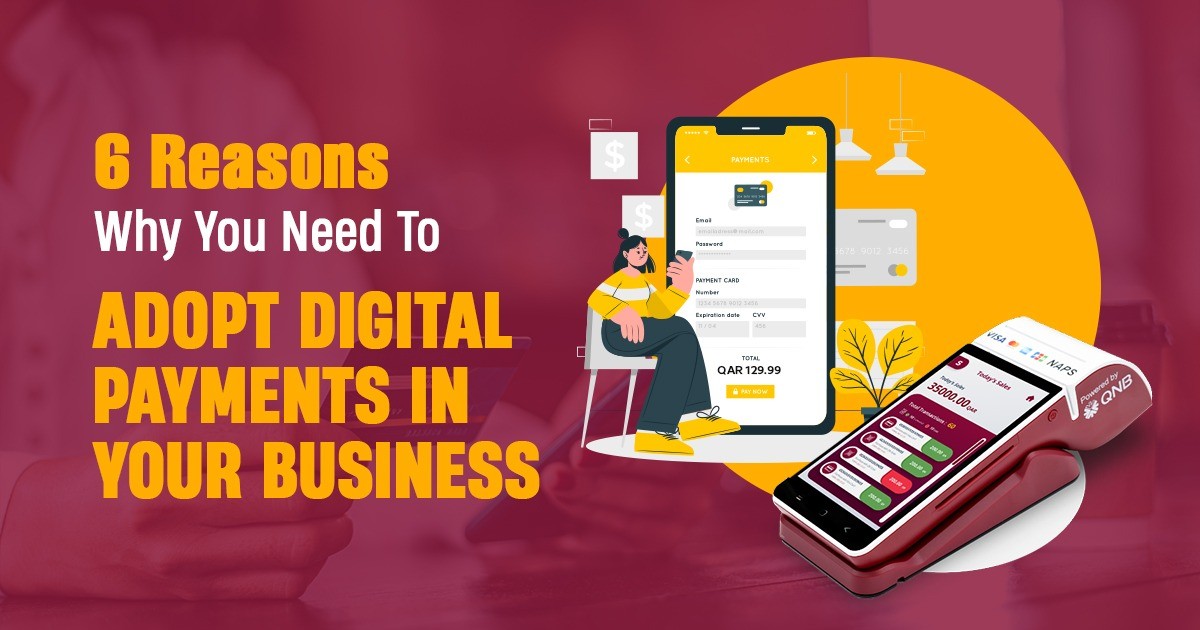 In today's increasingly digital world, businesses of all sizes recognise the need to adopt digital payments to stay competitive and meet the needs of their customers. The use of digital... 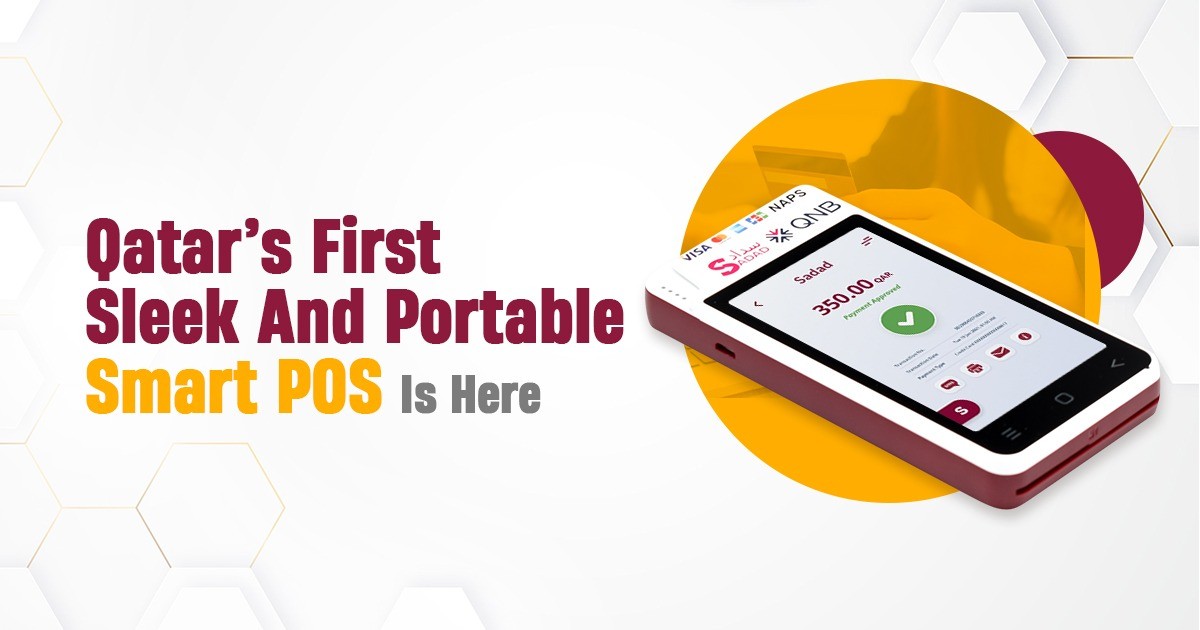 A POS (Point of Sale) machine is a device used to process transactions at a retail store or business. With the rising digital trends, POS machines in Qatar have become... 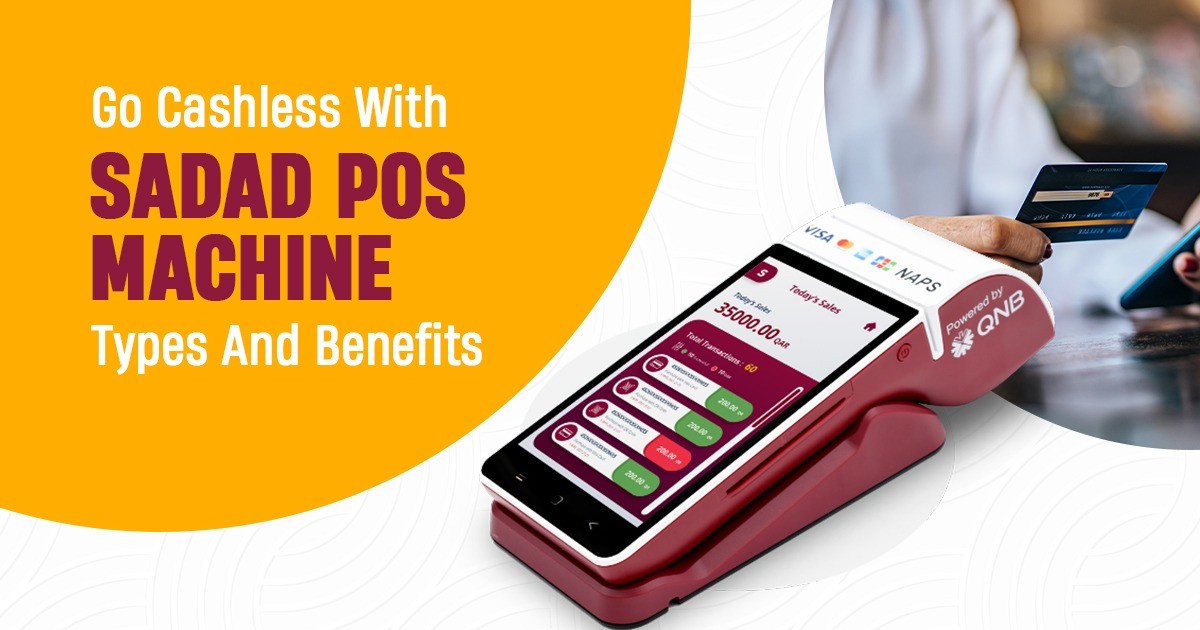 Point of Sales (POS) solutions have gained immense popularity because they make business versatile and intelligent for all-scale enterprises. The days of traditional cash registers are now gone with the...

Read more
This site is registered on wpml.org as a development site.